Four years ago I’ve posted an article titled Logos and Designer of World’s Top 10 Most Powerful Brands, 2008. Post was based on the annual ranking of wordwide brands conducted by Millward Brown as part of the BrandZ Top 100 Most Valuable Global Brands study.

It was become quite a successful blog post because that helped me to find out the real designer behind the Marlboro logo, who is Allison Muir Severe.

END_OF_DOCUMENT_TOKEN_TO_BE_REPLACED

Logos and Designer of World’s Top 10 Most Powerful Brands, 2008 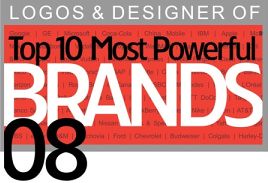 Due to over-work, I became mentally and physically restless so I thought of taking rest for a week or two. During those days, I was having a cup of coffee with a cigarette sitting on my lawn. Suddenly, my eyes revealed the simplicity of the logo of Marlboro on the cigarette packed. At that moment, I thought, “Who designed this logo?” so I turned on my system started looking for it. In that procedure I came through the “Millward Brown’s top 100 most powerful brands” in which I found the top 10 brands. So, I started looking for the history of logos of the top 10 brands and below came are the result of my thoughts…

The current official logo represents the name “Google” in logo type based on the Catull typeface and was created by Ruth Kedar. Every once in a while, the company uses various features of the logo which compliment and refer to birthdays of famous personalities and holidays. These modifications have become known as Google Doodles and were first created by the fondaters of the company in 1999. The doodles are currently designed by Dennis Hwang who has created over 150 doodles since the year 2000. 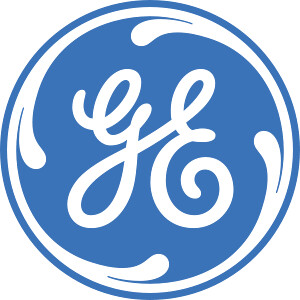 The entire logo is used to convey the meaning

intended and avoid tarnishing or misrepresenting the intended image. The logo is a size and resolution sufficient to maintain the 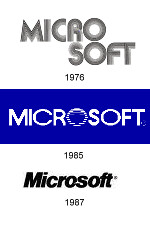 The Microsoft logo is the ultimate example of “style meets simplicity”. The logo perfectly indicates the company’s mission of offering high quality products to its customers. The 2nd version of the Microsoft logo was fea fanciful lettered O in it. In 1987, Scott Baker adopted the current Microsoft logo. As it was designed in Helvetica italic typeface, the new logo had a slash between the o and s and featured the slogan ” Where do you want to go today?” As in 2006 the logo changed its tagline below the main corporate name into “Your potential, our passion.” In spite of all the transformations the Microsoft logo and its main message has remained largely unaffected.

Who doesn’t know “coca cola”? its one of the worlds most recognized logos, the Coca-Cola brand started from the back 1886, where initially it was very famous in Atlanta Georgia because the city was the subject of local alcohol prohibition at the time. The signature used in the logo was sketched by their Publicity Director at the time, Franc Robinson.

China mobile ltd. is china’s domain mobile service provider; it is the world largest telecom by subscribers count. The company was registered in1997 under the name china telecom (Hong Kong) but changed its name in 2000 to china mobile (Hong Kong). China mobile has its head office in hung Kong and is a subsidiary company of china mobile communication.

The International Business Machines (1956) trademark of Paul Rand’s was developed from an infrequently used typeface called City Medium, designed by Georg Tromp in 1930. In the 1970s, Rand updated the logo by stripping it to unify the three forms and evoke scan lines on video terminals. During the late 1950s, Wilot Noyes IBM’s consulting design director sought “to express the extremely advanced and up-to-date nature of its products. To this end we are not looking for a theme but for a consistency of design quality which will in effect become a kind of a theme, but a very flexible one”.

As the Company name is “apple”, they selected an apple as its main form of branding. The first logo of the company was a small apple shape sitting under a tree with Apple Computer Co set into the frame of the picture. The first logo was hard and complex to view, so Regis McKenna after some years later added a “bite mark” to symbolize the concept of seduction of the customers. Afterwards it was replaced with the rainbow-colored logo as in the Biblical story of Adam and Eve the apple represents the fruit of the Tree of Knowledge. The logo was considered lucky for the company as it did encourage business and customers to consider the apple brand for the first time and was successful in generating increased profits.

McDonalds is the largest and best-known chain of fast-food restaurants in the world. They have more than 23,000 restaurants in over 100 countries; The Golden Arches logo was created by Jim Schindler in 1962 to look like new arch shaped signs on the sides of the restaurants. They called the logo Golden arches firstly, to input the idea that owning one McDonalds franchise is like having a gold mine. Secondly, the arches symbolize a place to hide under, to escape. McDonalds logo have been seen more broadly as a symbol of capitalism or globalization, since they are the most famous American corporation to go global on a grand scale.

The first Nokia Company logo. What is the story about the fish? Salmon in the river near the Nokia factory? Nokia, Finnish Rubber Works Ltd. In addition to footwear and tyres, Nokia Rubber Works also manufactured rubber bands, industrial parts and raincoats.

The Nokia “arrows” logo before the Connecting People logo.

Marlboro is a brand of cigarette made by Philip Morris USA and by Philip Morris international. IT is famous for its billboard advertisements and magazine of the Marlboro man. The brand is named after great Marlborough Street, the location of its original London factory.

I have referred many sites but still I can’t find who designed the logo of Marlboro. If someone knows who designed or where I could find these then please share it with us all.